In this day and age, getting fit and working out is a big deal for many. Society’s impetus on avoiding bad foods and exercising is influencing more and more people to lace up their sneakers and pick up some weights. It’s great that so many find enjoyment from working out, especially as it has so many positive effects on health and psyche, but there is a rather major downside that can occur when working out: injuries. An injury to any part of your body will most likely cause pain and hinder your everyday life in some way for over a week, and it’ll stop you from doing some workouts. So, this is a breakdown of how boxers put themselves through strenuous training regimes but manage to avoid injury.

Boxing can show you the way

Unbeknown to many outsiders, boxing is one of the most complete sports going. Obviously, upper body training is what people focus on, but cardio and lower body workouts also play a huge part in preparing for a fight. Along with having great technique and high boxing IQ, boxers need to develop strength and power in their shoulders, back, arms, chest, abs, and neck to both absorb punches and fire them. Ankle, foot, and leg movements are also key to generating power when boxing as well as keeping an all-important steady base. Also, a huge engine is required to go through 12 rounds of exchanging punches in the ring. One of the biggest names in boxing right now, who is also a fine physical specimen, is Anthony Joshua. The 28-year-old English is 20-0-0, has never missed a fight through injury or otherwise, comes in at 6’6’’ and around 18 stone, and is a unified heavyweight world champion. In the running to his December 10, 2015, fight with nemesis Dillian Whyte – who was also undefeated at 16-0-0 at the time – Joshua revealed what it takes to get him in top condition.

What the very best endure

Anthony Joshua will regularly spend 13 hours and 30 minutes per day training, as well as always making sure that he trains before getting breakfast. For explosive agility, training in the sand is often utilized as it also builds up stability and strength in the legs, and neck harness training is used to help absorb punches to the head. The biggest reveal from this interview with The Telegraph was the fact that he no longer feels pain when training, saying that it has now become a mental challenge.

So while he used to endure physical torture on his body to get such a grand physique, it’s now the mental game that he needs to push himself through. It’s his immaculate athleticism, ability to stay healthy, and incredible skill that has enabled Joshua to take the heavyweight division by storm. After starring in one of the greatest fights of all time on April 29 2017, against Wladimir Klitschko – winning in the 11th round – Joshua sits atop the heavyweight division, even to the extent that a potential matchup against fellow world champion Deontay Wilder already sees the Brit as the 4/11 favourite. But there are also other boxers who don’t keep themselves in such fine shape but manage to bring elite-level boxing whenever they fight. Take Billy Joe Saunders, for example, he’s recently come into the best shape of his career, according to Metro, in the running to his huge matchup with David Lemieux in Quebec – a fight which sees Saunders as the marginal favorite at 4/5 as of December 1 – but hasn’t always been that way. Saunders credits his youth for the slippery upper body movement and quick feet in his earlier fights, but that he now has to endure a lot of tough workouts to get into shape. It’s a wonder that Saunders didn’t injure himself en route to getting into such peak condition, but he will have avoided common pitfalls along the way.

As disclosed by Mighty Fighter, boxers use a number of techniques to avoid injury during training. The most basic and straightforward of them all is to do stretching exercises regularly as it reduces the high risk of sustaining a muscle strain injury. The proper protective gear, such as training gloves, hand wraps, groin guard, and mouth guard, is to be worn and applied properly. They are told to work on their stamina and endurance as well as eat healthily at all times as it allows the body to recuperate quicker and improve the efficiency of the workouts. Many rules can be extrapolated into everyday workouts from one of the toughest sports in the world. Stretching is often forgotten but is one of the most crucial parts of any workout if you want to avoid injury, and you should always make sure that you’re wearing appropriate gear and using safe equipment. A lot of learning and improving in boxing boils down to perfecting technique, but when working out, you’ll want to use the right technique from the get-go. Incorrect technique on even the simplest of exercises can result in injury, so be sure to know exactly what you’re doing beforehand. Finally, fitness helps to build further fitness, and a healthy diet will only help your body to recover from your workouts quicker.

This site uses Akismet to reduce spam. Learn how your comment data is processed. 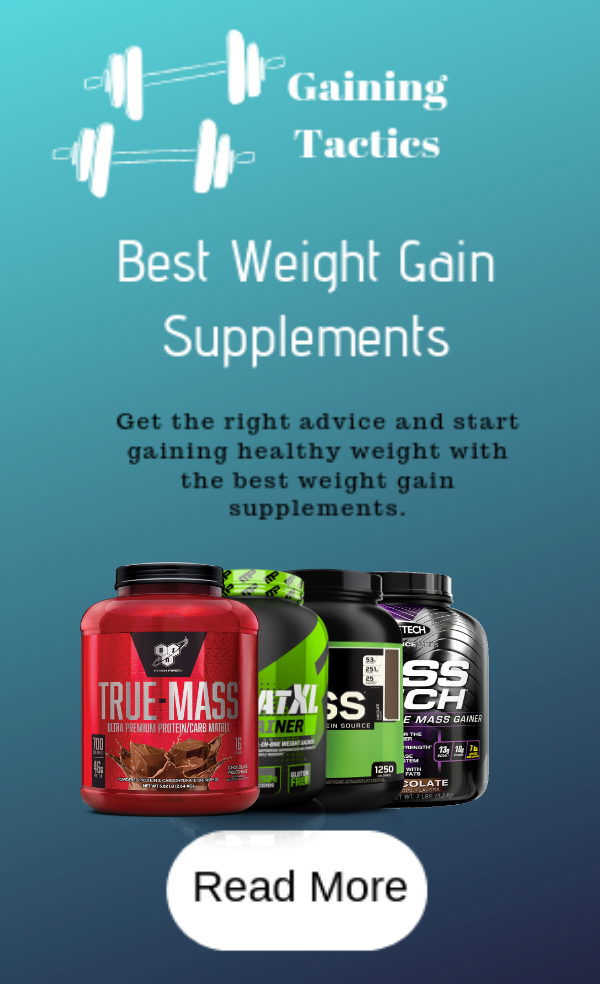 Rohan works as a digital marketer and has been actively involved in fitness and nutrition for over 4 years. He regularly contributes his extensive experience in this industry through articles and reviews on products related to healthy weight gain.
If you have questions, contact him through the Contact Us page.

Sign up for GainingTactics Priority List and we will make sure that you receive all our updates, articles, reviews and free giveaways before anyone else does. Free printables to keep you inspired and motivated and a whole lot more!

No, I donot wish to receive free stuff!